Excuse me while I get a little bit personal.  This is important to me, but unfortunately it’s not to everyone. It may have led to the closing of one door in my life this last year, unintentionally and unexpectedly.  But no matter what happened, I will continue to support and live the philosophy.

Shine Theory.  Have you heard of it?  It’s sorely needed in this world of Me-Me-Me and competition on all fronts. Ladies, enough is enough.  We can act better.  There is enough for all of us. (Thank you Brené Brown.)

Some who are reading this know all of that.  Others have yet to go through the life lesson.

If you want to learn more about it, check out this link.

I feel like I’ve always lived with Shine Theory as a philosophy. Yes, you have moments that are rough when you’re working on teams and working with women.  But you are a TEAM and you make it through those tough times and come out better on the other end.

When I think of women who work hard, have fun, and lift each other up– I think of a few who represent the philosophy every day: 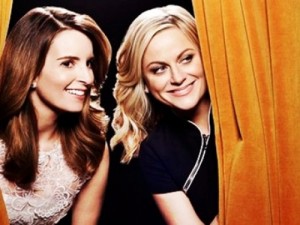 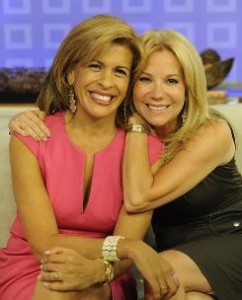 Every day is not easy in their high-pressure jobs.  But they support each other day in and day out.  We notice.

This past year, I experienced the antithesis of Shine Theory with an aquaintance who couldn’t see that I was trying to ultimately help and not hinder.

Now… you may ask… how do I know if another woman doesn’t believe in lifting other women up? Where’s the real proof?  In difficult moments, is she able to put differences aside to offer sympathy or objective feedback?  In my instance, the answer was no.  Once the dynamic changed in my life, for my family, it was radio silent. There was no follow-up.  The relationship ended abruptly.

This might seem like I’m putting too much out there, that this is a vulnerable moment for me.  The way I see it: I want others to read this and grow their worlds and their minds with this concept.  It’s important to have these conversations so we can honor each other within our communities, our work teams, and our play date groups.

And… here’s the good news… my story doesn’t end with this type of woman. Yours won’t either.

There was another woman who came through in the clutch in some of my hardest moments.  Despite our differences of opinion at times over the years, she gets me.  And she knows how Shine Theory works.  Because working together for several years, we were an example of it.

And then, another example of Shine Theory appeared in my life and helped me create this new world I’m living in out of nothing. And then another woman.  And then another woman.  Right now, there is a woman that believes so much in me she unabashedly tells everyone about it when we’re in the middle of a meeting.  It makes me blush.  But it also makes me feel like she’s a partner in my success.

You know a great example of Shine Theory?  Legally Blonde.  Just stick with me for a minute!  Vivian hated Elle. Everything she stood for or better yet, everything she *thought* Elle stood for.  But in the end, when the chips were down and the true obstacles were obvious, Vivian stepped up:

Cheesy, yes.  An important lesson in the midst of all that cheese, most definitely.

So ladies, which one do you want to be?  A woman who runs from conversations that ultimately promote growth? One that rarely lifts other women up in moments they need it the most?

Or the one who is honest, encouraging, and in it for the long haul?

If you’ve gotten to this point in the blog, I think you’re choosing wisely. 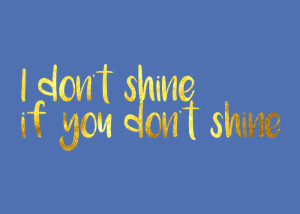